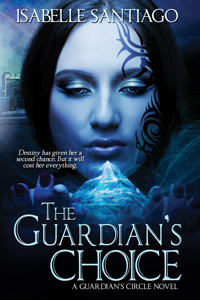 Happy release day to Book II in one of my favorite series. Here’s the blurb:

When Amaya wakes, with only the memory of her world’s apocalyptic destruction, she is surprised to find herself alone in a world deceptively similar to her own. But there’s so much about Zerah that’s changed. The Holy Grounds are gone. The Temple is destroyed. And all that remains of their ancient society is a vast, barren space.

Lost and confused, Amaya is forced underground into the dark heart of the neighboring province, hiding out among the monsters – unnatural products of their Maker. She loses all control of her empathic power, spiraling toward madness, until Phoenix finds and saves her. Together they work to build the semblance of a normal life, but he wants more than she’s prepared to give, and try as she might to forget, she’s still haunted by memories of a man she was never meant to love.

Torn between her fear and her need to be redeemed, Amaya seeks out the very person she’s been running from. He presents a tempting offer: he will free her of the Mark that enslaves her to the Guardianship, a Mark that carries only ghosts of a past better forgotten, and give her a chance at a new life.

All it will cost is her soul.

What I love most about this series:

Oh my goodness. Talk about conflicted and flawed, and I love every inch of them.

B) THE WORLD BUILDING

So detailed and beautiful and THERE. Every minute of this series you know you’re in a different world.

Just beautiful stuff. Again, reminds you you’re in a world that’s not your own.

And okay, it may be dedicated to me and some friends… but that doesn’t change the fact that it’s awesome.

Buy it on Kindle, Nook, or Kobo.